ON 11-11 I was organizing books in my studio-garage when I happened upon an unknown copy of John Milton’s Paradise Lost. It’s a classic epic poem from 1667 which I haven’t read, but now that I’ve found it, and especially in the tragic light of more recent California infernos–one of which incinerated the town of Paradise within a mere 24 hours–I’ll be taking up this reading material. The particular fire which burned Paradise–innocently dubbed the “Camp Fire”–ignited on 11-08-2018 and is the deadliest and most destructive fire (‘Total devastation’) in the history of California (abcnews.go.com). That same day, the Woolsey Fire ignited in Southern California, extending from the hills of Simi Valley to the ocean in Malibu, and another–the Hill Fire–ignited in Thousand Oaks. Today on Thanksgiving the Camp Fire still burns. Other side-effects of the burn are yet to be determined, including the fact that the Woolsey fire burned through a former nuclear testing site which still had radioactive waste (laist.com) and which “was the location of the worst nuclear meltdown in nuclear history” which happened in 1959 (rt.com). As of writing, “officials” say the burn poses no health risk (latimes.com). Also along that vein: as on 11-15, the San Onofre Nuclear Generating Station–which was shut down in 2015 due to “leaks”–sits on earthquake fault lines on the Pacific Coast outside Los Angeles. The site is still being used to bury toxic waste (rt.com)–a type of long-lasting trash that can’t simply be cleaned up by burning it away. What you sow (bury) you will (grimly) reap.

Enough nuclear tangents: While driving along the Pacific Coast 101 Freeway Southbound on the evening of 11-13 I chanced to witness the hills of Thousand Oaks ablaze with the Hill Fire. The animated inferno in the distance and darkness came into view from the road right as I was listening to the song “This Wheel’s on Fire” by The Band. Luckily my car’s wheels were not on fire at that moment–though grisly documentation from up North show that many cars (and some drivers) were not granted such luck. Seeing those hills on fire in real time and space resurrected uncomfortable memories within me of the St. Thomas Fire which burned the mountains surrounding “Shangri La” (Ojai) in December 2017 (nytimes.com). Shangri La is the name of a fictional paradise location in the 1933 novel Lost Horizon (which I also haven’t read) by James Hilton. Ojai has become colloquially called “Shangri-La” after being (supposedly) featured in the 1937 film adaptation of the novel (which I also haven’t seen). Note some uncanny correspondences: Shangri-La/Paradise; Lost Horizon/Paradise Lost; James Hilton/John Milton. Graciously in 2017, the town of Shangri-La was spared; tragically this time around in 2018, Paradise itself was not. From a different angle: How can you find Paradise unless it has been lost?

The history of California continues: Before the fires started, but right after “voting” the morning of November 6th, I headed North on a mission to visit the Rosicrucian Egyptian Museum in San Jose. Part way up and along the 101 freeway I spotted a weathered brick bell tower structure–and being both ignorant and curious as to what it was, I was pulled within to pull over and check it out. I ended up wandering onto the grounds of the Franciscan Mission San Miguel Arcangel: 1 of 21 historic Spanish Missions which build up a significant chapter of post-founding American history. Not too far post, however: this Mission was founded in 1797–only 23 years after the “official” declaration of the United States. According to seecalifornia.com, “In 1776 the Declaration of Independence declared the East Coast free from British control. 3,000 miles away on the West Coast Spaniards sought to claim the lands by building 21 missions from 1769 to 1823. California’s 21 Missions are a fraction of over 100 missions that were built in North America”. The Missions were also irrevocably used to “convert” the Natives (at San Miguel, the Salinan tribe) that were already living in the area and who had been practicing their own forms of worship for centuries. Since the West Coast was the last destination (end of the world/continent) of the Settlers and Colonizers of the New World, there aren’t too many buildings in California that are double centenarians (whereas there are rocks with paintings on them that are thousands of years old, such as Painted Rock). The oldest building in California is in fact a Mission: San Juan Capistrano, which was instigated the same year as the United States in 1776. Only 3 California Missions were themed after and dedicated to Archangels: Gabriel, Rafael, and Michael. In the Catholic church (of which the Missions are under the wings of) Saint Michael as a heavenly influence has four roles: to defeat Satan and his fallen angels; as angel of death who redeems souls as they pass from life to death; to weigh souls at the time of Judgement; and as defender of the Church.

Following an intuitive gut instinct, I unknowingly and delightedly wound up at California’s historical location dedicated to Michael, my personal favorite celestial messenger. Two days prior to chancing upon the Mission I had pictorially referenced Michael in a previous post–an article which also happens to be about voting, which took place the day I was at the Mission (11-6). To go further down the rabbit hole: Milton’s Paradise Lost features a narrative in which the Archangel Michael “escorts” Adam and Eve out of Eden after they had eaten the forbidden fruit, and thus “lost” their right to exist in Paradise. In Paradise Lost Michael is given a “repeated description…in relation to flames: he is one of the ‘flaming warriors’ (XI.101) and his sword is described as having a ‘flame’ (X.120)” (darknessvisible.christs.cam.ac.uk). Two days after I found Michael at the Mission in California, Paradise in California was lost by fire.

However, this wasn’t the first time I had come across visages of the Chief Archangel Michael (whose name means “Who is like God” or alternatively
“Who is like God?” (wikipedia). In addition to playing a role in Milton’s epic, Michael appears in the scriptures of the all three major Western religions (Judaism, Christianity, and Islam). Daniel 12 of the Old Testament (Jewish Tanakh) states: “And at that time shall Michael stand up, the great prince who standeth for the children of thy people; and there shall be a time of trouble, such as never was since there was a nation even to that same time; and at that time thy people shall be delivered, every one that shall be found written in the book. And many of them that sleep in the dust of the earth shall awake, some to everlasting life, and some to reproaches and everlasting abhorrence. And they that are wise shall shine as the brightness of the firmament; and they that turn the many to righteousness as the stars for ever and ever” (JPS Tanakh). Along the same apocalyptic end-times lines is Revelation 12 of the New Testament, in which Michael makes an appearance after the appearance of the Woman and the Dragon (Revelation 12 sign, which some people believe occurred on 9-23-2017): “Then war broke out in heaven. Michael and his angels fought against the dragon, and the dragon and his angels fought back. 8 But he was not strong enough, and they lost their place in heaven. 9 The great dragon was hurled down—that ancient serpent called the devil, or Satan, who leads the whole world astray. He was hurled to the earth, and his angels with him“ NIV (biblegateway.com). In the Quran, Michael (Mikaeel) is mentioned once, in which it is stated: “Whoever is an enemy to Allah and His angels and His messengers and Gabriel and Michael – then indeed, Allah is an enemy to the disbelievers” (corpus.quran.com). With centuries of ongoing divisiveness among humanity’s religions (systems of belief, relief, and grief) continuing unabated today as conflict which fuels wars, I believe its worth pointing out these scriptural similarities (i.e. same roots…could it be from the same God as well? We are all after all currently on the same Planet Earth).

In more recent texts: Michael plays a significant role in Milton’s epic. According to miltonrevealed.berkeley.edu: “In Paradise Lost Milton sets up the Archangel Michael as the polar opposite of Satan” whom he wins against early on in the epic, and whom he dominates at the end of the epic when he is called upon by God to “Without remorse drive out the sinful pair” (Book XI 105)–Adam and Eve–from Eden. In addition: “Some early Protestant scholars even identified Michael with the pre-incarnate Christ” who when pitted against Satan “ultimately achieves only a destructive stalemate, resolved by the intervention of the Son–perhaps making the point that only love can defeat evil, not force”. Michael as the spiritual pre-incarnate version of Christ (messiah) is expounded upon in various narratives in the Urantia Book, in which Michael’s “seventh bestowal” or final incarnation on Planet Earth is as Jesus (truthbook.com). The Urantia Book also describes the “Descending Sons of God” of which there is an “order of Michael” consisting of “Creator Sons” involved in the facilitation of the universe. These spiritual forces are the first (chief) order of the trinity of the “Paradise Sons of God” (urantia.org).

Twenty-nine days before the fires in California ignited and Paradise was lost, a Category 4 hurricane–the third most intense hurricane to hit the 48 states (wikipedia)–named Michael swooped across the Atlantic, ravaging Florida, Georgia, parts of Central America and Cuba. Although hurricanes are to the Atlantic as fires and earthquakes are to California, some believe these recent extreme weather conditions and events are the result of geoengineering. On 10-12, as the hurricane was still blowing, tallahassee.com described the event as “PARADISE PULVERIZED” and “Paradise lost”. An article published 11-20 on 1260d.com outlines connections between Hurricane Michael, the Camp, Woolsey, and Thomas Fires among other recent “natural” disasters, and Biblical scripture. Whether or not these reports constitute fake news media is up to the discretion of the reader.

However, the story can’t end forever and ever: Paradise may have been lost (again), but it will be found–again.

(all photos by Celeste Evans unless otherwise noted) 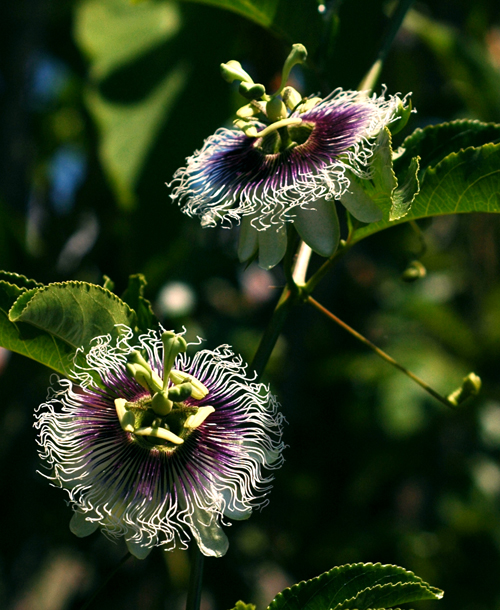